I had no idea about this event since I was attending it for the first time. Some Ads was shown to me on Facebook, and it looked quite impressive, and so without giving any second thought to it, I bought the ticket priced at Rs. 2500.

We had opening ceremony address by Sagar Daryani, who is the chairman of the summit and also co-founder of wow momo. He spoke about TIE organisation itself, how it started and purpose of it. TIE is the largest entrepreneur organization in the world. It has a network of 12000 tie members and chartered member. TIE stands for The Indus Entrepreneur.

It was started by Indian Entrepreneurs in Silicon Valley in 1992 to help and mentor budding entrepreneur. It is a community of advisors, mentors, angels investors and coaches.

He said that efforts are being made to change the perception that Bengal and rest of India lack entrepreneurial ecosystem.

Those of you are interested to know more, can visit their official site at https://tie.org/

I was able to watch all these leading personality & Newsmaker live before me.

Mr. Amit Mitra, Finance Minister of West Bengal, said that how Bengal have prospered under Mamta Banerjee Government. They have proposed to set up Bengal Silicon Valley Hub.

He said that TCS is the largest Private sector employer in Bengal, having more than 38000 and increase it to 50,000 employees by next year.

More than 150,000 employees have employed in the IT industry.

The Lesson from Bengal for Building Business for the Base Billion

He said that even though, he belongs to a family of five generation of entrepreneur, he has always started something different from their core family business. In a way, he has always considered himself to be an entrepreneur than a Businessman or Industrialist.

He became Managing Director of Ambuja Cements at the age of 21. When he took over it, it had a loss of Rs. 300 cr in 1997 and he turned it into a profit making company. Then his uncle and other family member decided to sell it off; he was against this decision.

He started a housing apartment in Dhanbad, out of his passion for design and architecture. It has made his foray into real estate business and has made a substantial investment in Bengal.

The group has a business interest in Hospitality, education, and construction.

His life has been a series of accidents. He said that whatever he has achieved is all because of some mistakes and learning. He advised a young entrepreneur never to be afraid of failure and learn from failure. He said that success is always a by-product of passion. Do not be scared to fail.

He said that he was a movie buff in his youth. He has read the interview of Mr. Raj Kapoor, where one journalist asks him “which is your favourite movie?”, and he replies “Mera Naam Joker.”

Then again journalist asks another question, “Which is your worst flopped movie?” and he replies that “Mera Naam Joker.” Mr. Raj Kapoor said that it is his best work, even though it failed to do good business at the box-office.

Mr. Harshvardhan Neotia encouraged the young entrepreneur, at TIECON conference, to follow their passion and dream, failure and success is part of life.

The story of Chandrashekhar Ghosh was inspiring. He told that he had a fixed income job of Rs. 8000 at an NGO. He had noticed that the private money lender would give Rs. 500 in the morning to the small vegetable vendor and fish seller in the market and gain come in the evening to collect Rs. 550. This whopping 10% interest rate for a day, made him think of starting a Financial Institution.

One day he resigned from his job and informed his wife that he is going to start a business of his own and he has quit his job. His wife began to cry that how they will be able to survive without fixed income.

He started Bandhan microfinance with a capital of Rs. 200000(Two lakh rupees). His focus customer group were women, and he traveled to Hooghly district to find a woman to give them a loan. Initially, women were suspicious, “why he is giving a loan without any collateral?”

Another challenge he faced while setting up his company during his initial year was that of attracting talent. Once he gave Ads in the newspaper, and many people turned up an interview and never joined him.

He decided that he would not hire a very educated person, he preferred to hire H.S pass person only, train them and absorb them into the company.

He shared his hiring mantra where he would hire only bachelor person (non-married) and having age group of 21-23. He explained that it takes 20-21 year to complete graduation, and another two years for job hunting, those who could not find a job where my focus employee group.

He said that fresh graduates, just out of college are ambitious, wants to join only Tata, Birla, and big Company, and aspire to do so many things, but after 2 years of unemployment, not able to find suitable jobs, sitting idle at home makes him more open to learning and training.

He said that during the initial period, he was not paying a high salary to employees, and with low wage, it would be difficult for a married man to maintain a family. Hence he preferred hiring bachelor person.

Bandhan Bank has grown in the last 16 year to become India’s 7th largest bank. He credits all the success to his wife, who has stood with him through the tough time.

Mayank Jalan is the Chairman & MD of Kolkata based Keventor Agro Ltd, the group has a strong footprint in West Bengal and has an annual turnover of above Rs. 1800 crore.

Keventer Agro is a 125-year-old Brand, started by Edward Keventer. Mayank Jalan’s family were into steel and trading business and acquired this company in 1987 to foray into agriculture-based business and dairy products.

Mr Mayank Jalan advised young entrepreneur at TIECON, to believe in their dream and self. He said that one would make a mistake, but analyses it, and learn from mistakes. Never be afraid to make a mistake, admit it quickly, learn from it and move ahead.

Sanjay Budhia is the Managing Director of Patton Group. The Group has a business interest in Steel and Plastics.

He said that he and his father migrated from Tinsukia in Assam to Kolkata in 1978. He shared a very good relationship with his father.

He said that Kolkata, has a great advantage due to its geographical location, it is a gateway to 7 states in North East, and also shares its boundary with other countries like Bhutan, Bangladesh, and Myanmar.

He told that Kolkata has a relatively lower cost of living, availability of abundant manpower, and people are tolerant.

He along with his wife, Minu Budhia runs a Caring Minds, a psychological and cognitive wellness centre in Kolkata. Her wife is a certified Psychotherapist and Cognitive Behavior Therapist.

His daughter, Preeyam Budhia, runs a café, called Cafe I can Flyy, which is a first of its kind in India, where all the employees are specially challenged person. She wanted to empower this special-needs person. She also runs a vocational training centre for such people and helps them become employable.

Sanjay Budhia, himself has a special child, who has been a reason and motivation behind all these social ventures.

Shaankar Sen is the chairman & MD of Senco Gold. He holds a bachelor ’s degree from Calcutta University.

The company has a showroom in 14 states, having 90 showrooms in 72 cities.

Mr. Shaankar Sen advised young budding entrepreneur at TIECON conference, to think from customer’s perspective. Always give what the customer wants, and take feedback from the customer.

Parthiv Neotia is the son of Harshvardhan Neotia and director of Ambuja Neotia Group. He spoke about his new venture NeoTech Hub, which provides support to a young entrepreneur in 3 formats, namely market access, funding and mentorship for lifelong.

Mr. Hari Balasubramaniam is the investor of IAN (Indian Angel investor). He said that Angel investor must act like Angel and Devil. He said that the company could be successful without funding also. Entrepreneur goal should not be to seek funding, but instead, start a venture to provide value and solve a problem.

The founder must have domain experience, and business should be scalable. Your marketing effort should not be about buying sales, but rather the product should sell without zero marketing spend.

A startup is at a revenue discover stage, and you should go to the market to validate your idea.

An entrepreneur should sell himself, having an idea is not great, an idea may change. Execution is the most important thing in business.

This TIECON 2018 conference was the first of its kind, which I have attended. It was the most significant conference; I have ever participated in my life. I was able to see the leading Industrialist, Young Entrepreneur, Page-3 personality, celebrity live walking around, about whom you have only read in Newspaper or internet.

This two-day event was arranged very well, the timing of each session was maintained well. This was an excellent networking event.

Something unfortunate also happened to me, I lost my notepad, where I had written everything about each session. Had it been with me, I would have written this Blog in a more detailed manner.

I have written this from my memory, whatever little, I could recall. I was able to take Selfie with almost all Personality, which I will share it on my Instagram.

Over to my reader, please leave comments, and share it on social media. 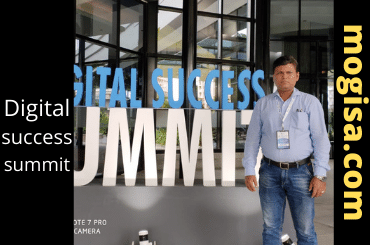 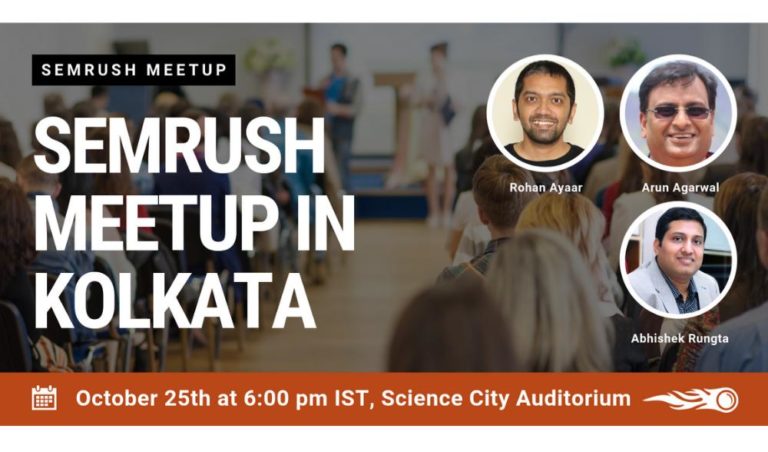 INTRODUCTION Since recently I have been attending all kinds of events, Seminars, Meet up, happening in Kolkata. I also work as a digital marketing professional. I am active on Social Media Platform like Facebook, LinkedIn on my mobile. Why have I written the following above statement? What conclusion, can you draw from it? Any Guess?…

Introduction I received an invitation from Google asking me to fill out the forms; a screenshot is shown below. I had my finger crossed, as I wasn’t aware of the events. I did a little Google search and unearthed the following information. The last year 2017, they started this #GoogleSC in 5 cities and this…

Introduction In this Blog, I am going to write about my learning from attending a seminar on the topic “Make your StartUp attractive to Investors” in the Nasscom start-up Centre at Salt Lake, organised by Headstart. Usually, Headstart conducts events at ICCR, opposite American Consulate, but this time, they have changed the venue. Events Details…