Hello Friends, I am back with my new blog. I haven’t written anything in recent months. But today, I am writing about Digital Success Summit 2019, which held on 8-9 August 2019 at Hotel Novotel.

This is the second summit. I had attended Digital Success Summit 2018, which held on 10-August 2018 at Hotel Hyatt Regency. But unfortunately, I didn’t cover that event on my Blog, as I was unprepared.

But this year, I was well prepared both mentally and physically to cover every detail of this event, so that I can provide value to my reader. I am one of the first buyers of Early Bird Ticket, when it was opened to purchase in April 2019. (Four months ahead of the actual event, you can understand how loyal I am)

On the morning of 8 August 2019, it was raining heavily, but that did not deter my enthusiasm, wore my Raincoat, kept an extra shirt, put my wallet, mobile in a plastic bag, keeping it in my backpack and set off my journey.

I was slowly riding my bike on MAA Flyover, taking safety and precautions, nearby cars passing off would splash dirty road waters on to my face. Rains falling on to my face, made me feel like, I am hit by a pellet gun. But I braved all hardship to reach the venue well on time.

I have heard Abhisekh Rungta on several occasion since I am from Kolkata. He had spoken on an event organized by SEMRUSH in Kolkata. He has put IT on the maps of Kolkata, “Narayan Murthy of Kolkata.”

So I opted for Kiruba Shankar since his topic was something about scaling sales. I wanted to attend a session of Mr. Subho Sengupta, but I can only choose one among three sessions.

Kiruba Shankar is the CEO of Breathe Digital. He has more than 20 years of experience in helping the company with online marketing and devising sales strategy for them.

He is a man who wears many hats. He is an entrepreneur, blogger, social media consultant, author, speaker, podcaster, and people mascot.

He comes from agriculture family and has 12 acres of farm and is actively involved in farming.

All these 5 books are available on Amazon so that you can make a purchase.

He began his talk by defining social selling.

“Social selling is a process of building and nurturing one to one relationship that enable a more efficient sales cycle.”

He told 7 stories and learning from it.

He spoke about Fredrik Haren, who is a global keynote speaker. Fred had delivered more than 2000 speeches in 65 countries.

When Kiruba had gone to Singapore to deliver a talk, Fred had come to receive him at the airport and took him to his house and insisted him to stay at his place.

His house was a magnificent bungalow in the heart of Singapore. Kiruba became curious to know the source of his income? Is he the CEO of a conglomerate? Is he born into a wealthy family?

Fred replied, no. he only speaks at the conference.

Fred is not a native English speaker, but a Swedish who speaks average English.

Frederick has an extraordinary speaking style of combining humor with audience interaction and being spontaneous.
Fred is a truly inspirational speaker.

“Whatever area you are good at, go 1 centimeter wide but 1 Kilometre deep.”

He showed an image on the screen, which was of Pulwama blast.

In the next slide, he showed an image where the name of the Bakery store was covered.
He asked the audience the name of the bakery store, but none could tell it.
Later he said that after Pulwama blast, there was no severe protest anywhere in India, but at this store.
It was the famous Karachi Bakery store at Hyderabad. It received backlash, because of its name.
Even though the store was founded by a Sindhi hindu named Shri Khanchand Ramnani ji, they have migrated from Karachi in Pakistan to Hyderabad in India.
People misunderstood the store to be owned by some Pakistani.

“Tell your story to the world.”

He told about Under Armour Inc, which is an American shoe company located at Baltimore, USA. It is a 23-year-old company founded by Kevin Plank. It had a revenue of Billion 5 USD in 2018.

Her father, who saw that letter, posted an image of it on twitter, tagging Stephen Curry.
Suddenly this tweets went viral, and the company acknowledges their shortcoming and introduced a girl shoes.

Kiruba said every year they go for 3-4 short unplanned vacation. It is a short trip to nearby places, and it is very spontaneous.

During one such vacation, they went to Yercaud and found a Resort The Regent Hill Side Villa & Resort has the highest rating on TripAdvisor, so they booked it.
It has 825 reviews, and 752 have rated as excellent, almost 91%.

On reaching the resort, they found that it is an old house having only 3 rooms, 2 rooms for the guest and 1 room for the owner of the resort.

It was nicely maintained, clean, and the owner personally attends to the entire guest. He makes sure that the experience is a homely and memorable one.

After staying there for two days, when he was about to leave, his wife was given a bouquet of flower, chocolates for children.

The owner of the resort requested him to give a useful review on TripAdvisor.

Focus only on one channel.

Jimmy Wales is the founder of Wikipedia. But initially, he was working on Nupedia, which was an investor-backed entertainment web portal.

But during the recession, it was shut down due to a shortage of money.

Jimmy wales lost all money and could not pay salary to staff.

He spoke to all of his staff, who voluntarily began to work on the new venture Wikipedia during their leisure time, without any pay.
This is how Wikipedia became a crowdsourced content platform.

Hassan Al Kontar is a Syrian citizen who worked in UAE as Insurance Agent, but his passport has expired. He did not want to go to his native country, Syria, as war has started, but he can’t stay in UAE as well.

So he was sent to Malaysia, as it is one of the countries where Syrian citizen can be given visa entry.

But he can’t go out of the airport since his passport has expired. So he stayed at the Malaysian airport for many months.
He began to capture all his life moments at the airport and posted it on social media.

Many International media Company covered his story, and soon, the world community began to speak about him, and he was given asylum in Canada.

The last story, he told about Joshua Bell, who is a Grammy award-winning and highest-paid violinist in the world.
Washingpost Post conducted an experiment with Joshua Bell.
He wore a baseball cap and played violin on a subway metro station. He was videographed on a hidden camera.

One thousand ninety-seven people passed by him, and only 7 people stood there to listen, and only 1 person recognized him, and he collected only
$ 32.
Two days before this experiment had done, he had played violin in an auditorium jam-packed with more than 1000 people, where the average ticket price was $ 100.

Success is measured by how others perceive. If you don’t let the world know, then it is an opportunity lost. Build your personal brand.

What is the meaning of Kiruba Shankar name in Tamil?
Kiruba in Tamil means “Grace of God,” and Shankar is the name of God meaning “Beneficient.”

Has Kiruba Shankar acted in movies?
No, Kiruba Shankar has not acted in any movies yet, but looking at his profile picture on his Blog and being a multi-tasking person, he can surely work in film and should make.

Why was Kiruba Shankar denied to speak in a college, inspite being called as a Guest Speaker?
Kiruba Shankar was invited as a chief guest in RMD College of Engineering in Chennai. He was supposed to speak on the topic of entrepreneurship. He was dressed in denim and t-shirt, which is against the dress code of the college. Kiruba was asked to change his dress and was given a set of formal dress to wear. But Kiruba preferred to walk out of the event than to change his dress.

This Blog is for one single session, which I attended in Digital Success Summit. It was for 1 & half an hour. Each session was like a course, so much of learning, I could take.

I missed not listening to other speakers, as you can only choose one among three speakers. Nevertheless, I made the right decision to attend Kiruba Shankar session, and I was completely drenched in Digital Rain.

I will soon be posting about other speakers as well. Watch out for this space. 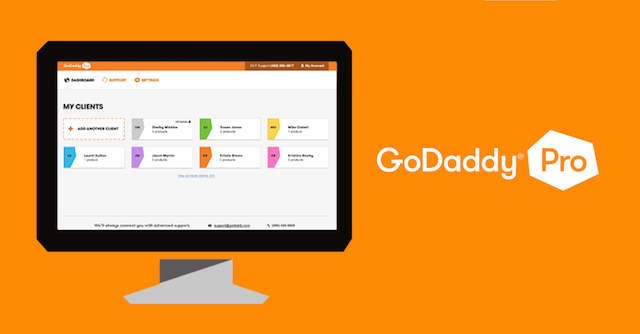 Introduction I was informed by my good friend and guru Mr. Amar Krishna Jha that Godaddy had organised a seminar on how to design our website that converts visitors into Customer and he is one of the speakers for the event. Since the event was free, it was also one of the compelling reasons, not…

Indrajit Sen The Bengal Chamber of Commerce has organized this conclave to enlighten the marketer of today. It is India’s oldest chamber of commerce and also the first chamber of commerce in Asia.Brands are moving out of the beaten path and finding innovative ways to find consumers. Jayen Mehta – Amul All born after 1980…